Security do not want to call Police, ask me to leave..

Normal is under 30 CPM, filmed several minutes, at one point over 200 CPM, did not stop, alerted security, several show up, ask me to leave, don't want to call 911.. One public phone occupied. Security Central says I'll check it out, maybe call Police. I ask him to call Police again. (must be the aggressive part).

15:38 called 911 (Public Phone 514 871-9126), informed them that there was another radiological weapon, terrorism, attack at Complex-Desjardins. Has anyone else called? She said can go to Police Station with video evidence. I said from experience, 2019, SPVM Police do not take video evidence, do not write Police Reports. I was wondering if Complex-Desjardins security called 911 or called Police connections. .. I'm calling 911 to inform you that there was another radiological weapon attack at Complex-Desjardins.

At Complex-Desjardins I was on my laptop, writing another RCMP complaint regarding Feb 13 2022. As for RCMP CRCC Review, I have to send email asking for Aug 19 2019 audio.

I've called SPVM Police often over the years asking what do they do in the event of a radiological weapon terrorism event. Recently, just before backpack theft Jul 28 2021, SPVM Officers were saying they have terrorism dept., experts, action plans, don't need to call SQ or RCMP .. get angry when I asked about terrorism jurisdiction, now say would call everybody, hang up.

I think today Feb 14 2022 the SPVM Police Officers did worse then those of 2019 who understood "Chernobyl". Today they seem to be fabricating..

1] First I’d like to mention that the RCMP Commander Lucki seems to be lying to the media regarding complaints. My Feb 3 2021 R2021-002600 complaint regarding Hotel Dupuis temp Homeless Shelter, Welcome Hall employees intentionally placing someone with COVID19 symptoms in my room, name Mr Lepine, RCMP Terrorism Tip Line saying it’s not terrorism call the FBI and hangs up, was never answered;

4] On Feb 13 2022 I called the RCMP Terrorism Tip Line. I asked if he’s familiar with the radiological weapon terrorism in Montreal Canada in 2019. He said no. When I asked if he has any explanation for not being aware of these terrorism events he said it’s because he’s not an RCMP Officer, he’s a public servant just taking information.

5] The SOEKS Quantum geiger counter in radiological weapon video evidence of 2017, 2018, 2019, was stolen Jul 28 2021 along with laptops and smartphone. Ref SPVM Officers Corbeil and Croteau. I suspect that under high surveillance the perpetrators are the RCMP, City Police, City Employees, and Secret Police participants. Similar to fabricated allegations, fabricated fines. I told the RCMP Terrorism Tip Line that I have a new geiger counter, background radiation detector.

6] I told the RCMP Terrorism Tip Line that my GQ GMC-500+ alarm was going off often, abnormal background radiation, a few weeks ago when I was staying at a homeless shelter called Versaille Hotel. I said that on Feb 13 2022 the geiger counter alarm, abnormal background radiation (over 30 CPM), had gove off a few times at Complex-Desjardins where the very high levels of radiation terrorism happened on Oct 17 2019.

7] He said thanks, would pass on the information, and the call was terminated. Similar to Oct 17 2019 when the SPVM Police said the background radiation on the video looked like Chernobyl, only addressed the physical attack, a person trying to break the camera and geiger counter, trying to leave with the camera, the SPVM Police did not address the radiological terrorism. They said they had no need for the video evidence and were leaving to write a Police Report. It turns out no Police Report and no Police Ethics violation. It seems to be more of the same with the RCMP Terrorism Tip Line on Feb 13 2022.

8] As I was finishing this complaint, another radiological weapon terrorism attack at Complex-Desjardins Feb 14 2022. Highest radiation reading on video is CMP: 246, 1.60 uSv/h and seems higher at a different location similar to Oct 17 2019.

At Security Central I speak to Mathew. Several months ago I had asked Mathew if he was familiar with 2019. He was not, and supervisors all new, hired after 2020. I tell Mathew about the radiation, to call Police. He says he'll check it out, maybe call Police. I ask him to call Police again. He agrees. I move away from Security Central, two white security guards still near me. The black security guard shows up, talks to white security guards, goes and stands behind me out of view. He leaves again. I'm advised the Police are on their way.

I call the RCMP Terrorism Tip Line, tell them about the geiger counter tool, abnormal, high background radiation.. Security near me, the Police are on their way. She advises me to wait for Police.

In A Nut Shell, no one else is saying anything about asking me to leave, being aggressive never mentioned, Security Central agreeded to call Police, advised that Police on the way. RCMP also ask me to wait for Police.. When Police arrive the black security guard is not present. While filming, Police that say they understand everything about high background radiation, want me to explain some more but first listen to white security guard. Police instruct white security guard to ask me to leave. Asks if I'm banned forever. I'm asked to leave, not banned forever.

The Police seem to be fabricating.. Possibly try to do something like SPVM STM Peltier Dec 2 2022 where they would suddenly jump me, place me under arrest, .. (to help me -$, thank you so much)

As I film, when I move towards the same location of Oct 17 2019, other people sitting, the radiation gets higher, 246 CPM 1.60 uSv/h, which is still probably not the highest radiation location. If like 2019, it would be a few more meters towards the open area. 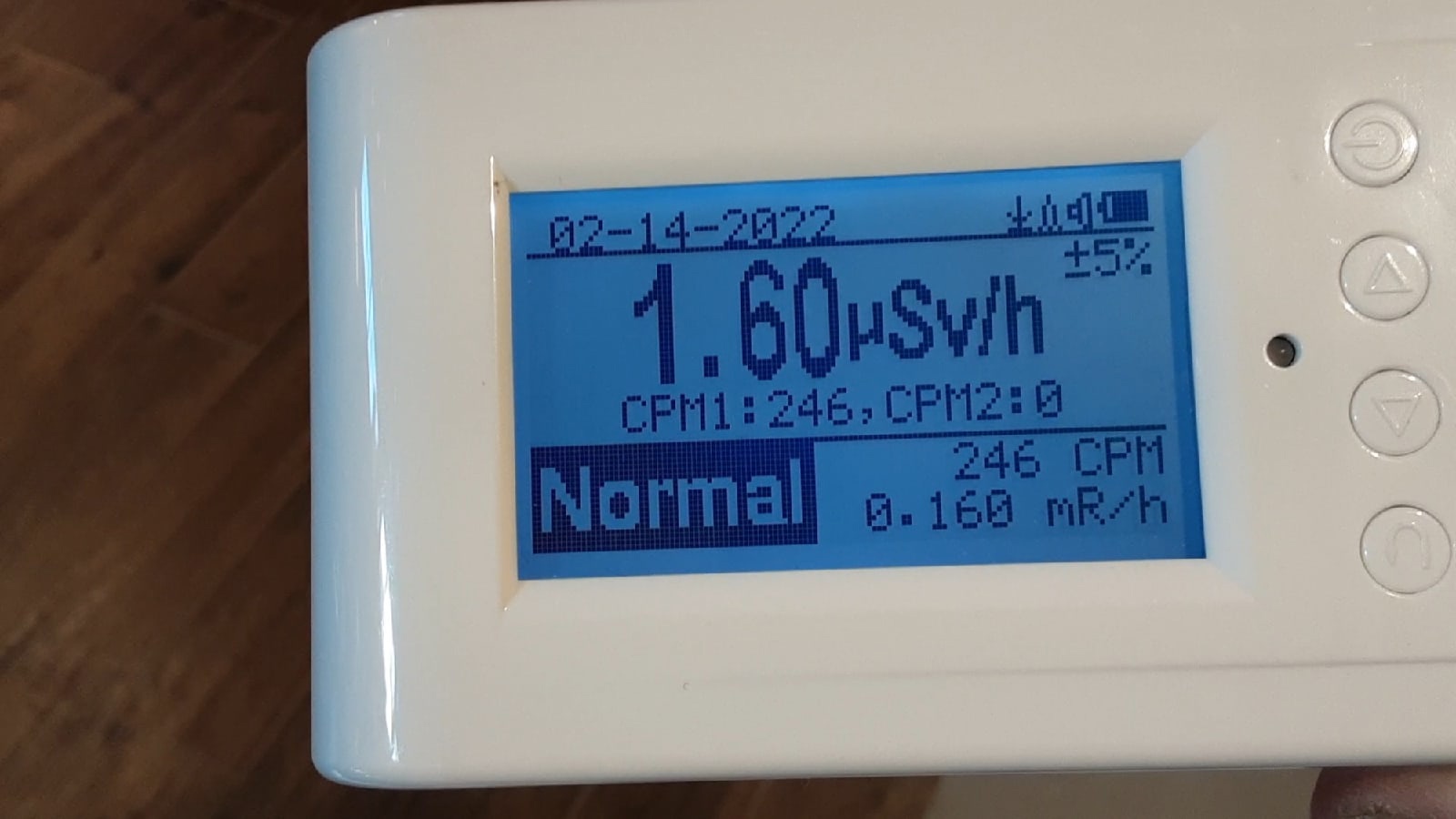